UberPOOL Will Finally Become A Reality In The City OF Toronto

TORONTO — Uber Canada has announced it will be bringing its latest ride-sharing feature to Toronto for the Pan Am Games. 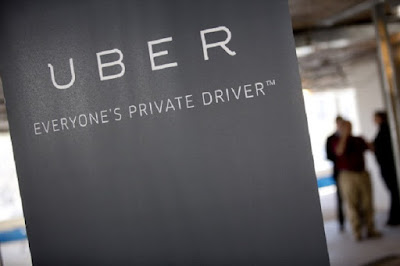 UberPOOL will finally become a reality in the city Monday, after much speculation as to when the company might unveil the much-anticipated feature.

It allows passengers to share rides – and costs – with another user who happens to be requesting a ride along a similar route. Riders could save up to half the cost of the fare while adding only a few minutes to their trip.

Mayor John Tory has called a meeting with the city's taxi industry and representatives from Uber after an Ontario judge on Friday dismissed an application to halt the ride-hailing service.

Is UberPOOL coming to Toronto?

The service is marketed as significantly cheaper than the company’s lowest fare option, UberX, which uses drivers who own their own vehicles and meet Uber’s requirements.

Uber spokeswoman Susie Heath said the service will run until July 26 and free rides will be offered on Tuesday from 7 a.m. to 9 a.m. and from 4 p.m. to 6 p.m.

“With congestion expected to be a major pain point during the Games, we wanted to bring uberPOOL to Toronto as part of the solution to help residents and visitors move around our great city.”

A similar carpooling app called BlancRide had seen a 300 per cent week-over-week increase in user registration around Toronto since the Pan Am and Parapan Am Games HOV lanes came into effect on June 29.

According to a company spokesperson, the number of ride requests in Toronto has quadrupled during that same week-over-week period.

UberPOOL first launched in San Francisco in August 2014 and has since moved to cities such as Paris, Los Angeles and New York City.

Toronto will become the sixth city in the world to launch UberPOOL.